For one day in 2013, 90s baseball was alive and well. Ken Griffey Jr was honored in Seattle, while Hideo Nomo, Eric Karros, and Tommy Lasorda shared a laugh pre-game in Los Angeles. All this got me thinking, what would my All-Childhood Team roster look like? Of course, it’d be a bit biased towards Dodgers. But besides that, who would it be? So here we go. This is strictly based on how I will remember baseball during my childhood, who I followed, and players who, to this day, stand out in my memory. 25 man roster. 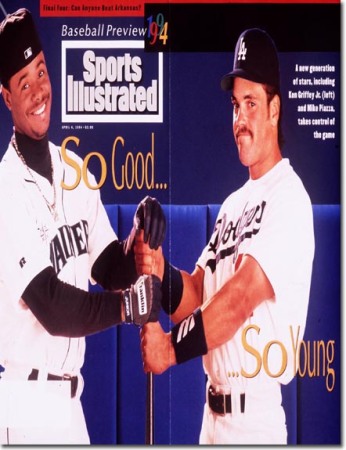 These players couldn’t make the 25 man roster, but they deserve a shout-out.

Not mentioned above, but worth mentioning just because 13 year old Alex thought they were awesome…these guys: 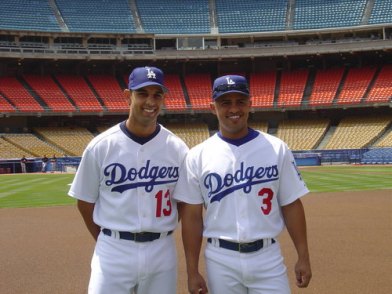 This entry was posted on Saturday, August 10th, 2013 at 11:47 pm and is filed under Baseball, Late Night, Sports. You can follow any responses to this entry through the RSS 2.0 feed. You can leave a response, or trackback from your own site.